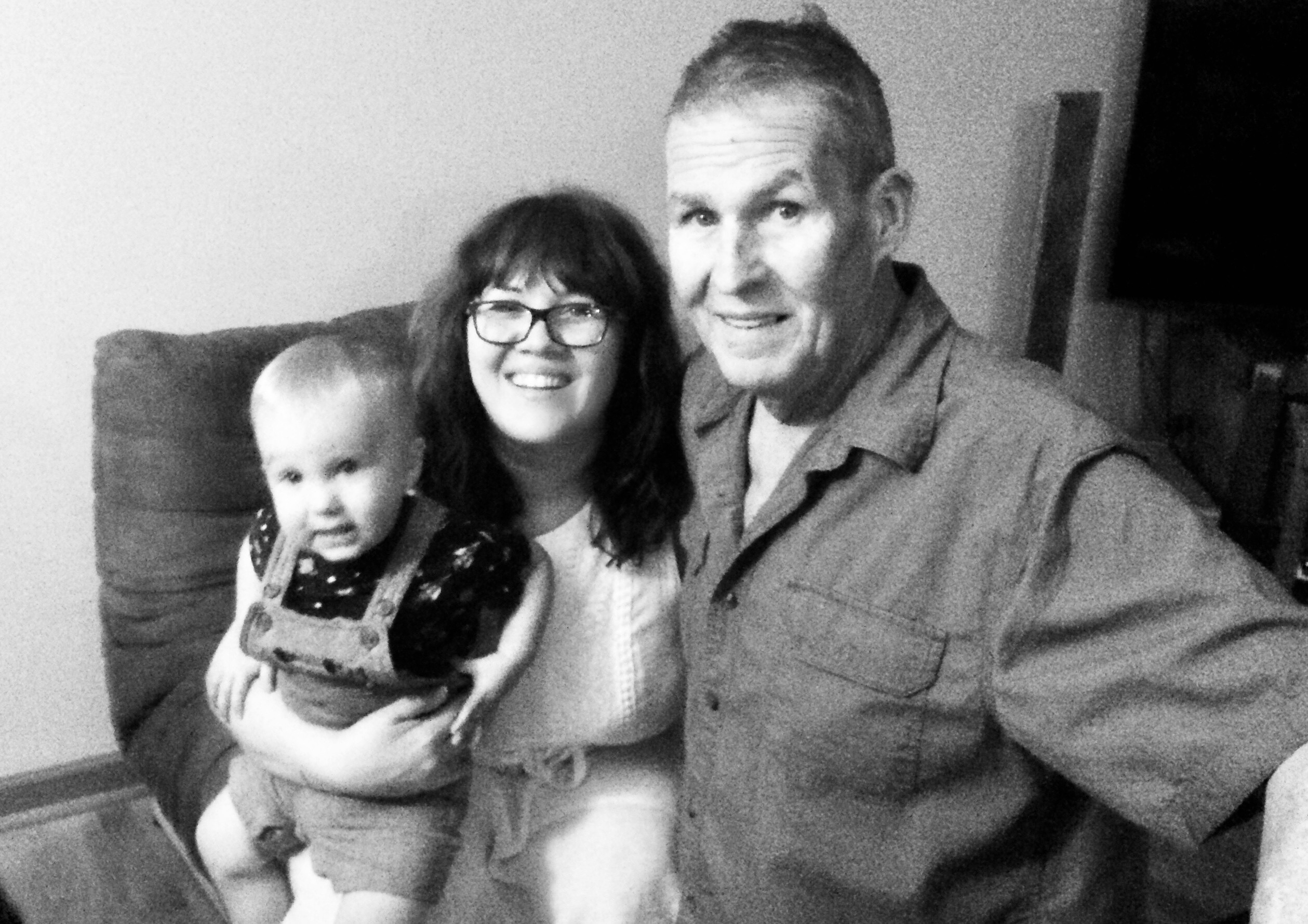 To say our relationship was strained would be an understatement. Our history was a hard one, full of addiction and abuse and absence. Looking back, I don’t think I spent any time alone with my dad in the last 20 years of his life. The only real connection he’d been able to forge with me over the years was through music. He latched onto that, I suppose because it was one of the few things that he understood about me.

When I was 8, he took me to see Bob Dylan at the Warner Theater in Erie. It was my first concert – on a school night – and I thought it was the coolest thing. In following years he took me to see most of his favorites. Phish. The Grateful Dead. Jeff Beck. Santana. When I was old enough to have favorites, he would brave those shows too. Sorry for inflicting my lesbian rock phase on you, dad.

When I was 14, he brought me to D.C. to see Fleetwood Mac on the last stop of The Dance tour. I knew it wasn’t easy for them to do it, and I couldn’t believe I got to see my favorite band in a big city – one I’d never been to at that point. I was thrilled.

I know he tried to love us. Honestly, though, I don’t think he knew what to do with his only daughter, and he never figured out how to face his own demons. A lot of my memories involve bongs on the coffee table, dugouts in the cupholders of the truck, and the ice hitting the glass for mixed drinks every night – vodka, cranberry and orange juice when I was little, and then Jack and Coke later on. We mixed cranberry and orange juice in our glasses as kids to be like him.

When I was 17, he said he would quit for the first time in my memory. For the rest of his life, every time we talked he was “quitting.”

I wanted to believe him. I did my best over the years to forgive affairs and abuse – to ignore his absence. I felt like it was always my responsibility to show grace and not take sides, even when my parents’ marriage fell apart. Even when he didn’t show up for my college graduation. Especially when he invited me to his “wedding” in the Outer Banks less than a year after my mom had thrown him out. That wedding, incidentally, never took place. My parents’divorce wasn’t even final yet.

As I become more of an adult, I began to understand the impact of his presence in my life. Our dynamic was toxic – he was toxic – and I spent a long time believing the things he said to me. In an effort to recover and heal my own wounds, I cut ties completely the week I moved up to Washington D.C. for a job.

That was almost 10 years ago. I got a few Facebook messages on holidays, generally attempting to lay guilt on me, but I never brought myself to respond. My brother was still in contact at the time, and he told me enough about the addiction and abuse and general turmoil to know that it would not go well. So still, I stayed away, believing that I would know when it was time to allow him back into my life. I would know when I was capable of showing the grace I needed to show him.

A couple of weeks ago, I got a message from his wife. He had been diagnosed with late stage liver and lung cancer and they gave him 6-12 months. Maybe.

God had sent me a giant flashing neon sign. Everything else aside, I wanted him to meet my husband and my son.

So, last week, we brought both kids up to North Carolina. I had no idea what to expect, and I was an anxious mess trying to navigate the visit. I sat on a plane – my head and teeth throbbing with a massive sinus infection, a tired toddler flailing across my lap – and laughed at the absurdity of what I was doing. I was bringing my husband and son to meet my estranged, dying father for the first time, and I wasn’t even sure I wanted to see him.

When we finally got out to the house, we were greeted by his lovely wife in the driveway. She was sweet and upbeat in a way that was kind of superhuman. I’m sure she wanted us to have the best visit we could possibly have under the circumstances. Honestly I’m not sure how it would have gone without her.

My dad, however, wasn’t the man I knew at all. He looked so much older than his 58 years, and was obviously in a ton of pain, trying not to show it. We visited for a few hours, and I found that I was able to set everything aside. The years that I spent fatherless – wishing that I had a “normal” family that spent holidays together and didn’t miss college graduations and weddings and the birth of their grandchildren.

It’s a different kind of loss when you’ve already grieved the death of the relationship. I’m not going to miss weekly phone calls – we never had those. I won’t miss holidays – the last Christmas I remember with him was when I was 17 and I spent it locked in my bedroom. He missed every critical event in my adult life. I spent 10 years releasing that, and didn’t expect an apology.

What I did want was context for my husband. I wanted a picture of Jude with his only grandfather. I wanted his wife to know that her love for him was appreciated and that she had support. Most importantly, I wanted to show grace to a man who rarely received it or deserved it. He could be forgiven. He was loved, despite everything.

So, last weekend, Jude played with my dad’s dog and learned how to spin circles in his kitchen. I brought my dad his favorite white pie from J&S Pizza and we ate ice cream while he sat on the couch in his Grateful Dead shirt.

He didn’t say much, but I did smile when he finally asked me what music I’d been listening to.

I guess, in this situation, that counts as closure.