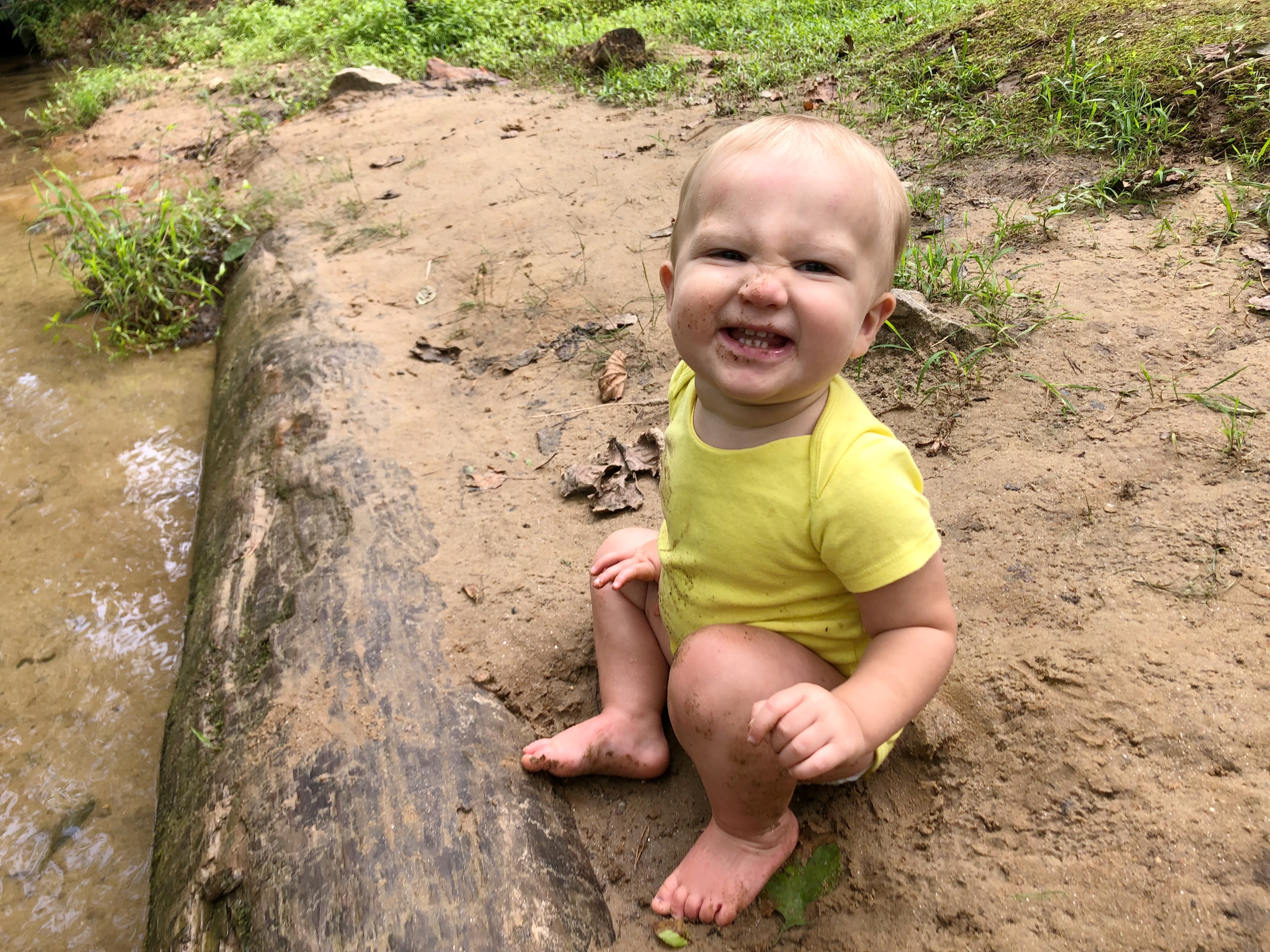 My birthday falls a week after the new year.

For me, this time of year has always felt “new.” New calendar year. Another year older. The chaos of the holidays comes to an end whenever my birthday ends, and then there’s expectation.

I’ve never been much of a resolution person. I’ve never been organized enough. My focus shifts quickly, and usually whatever felt important on January 1st seems a lot less important by the time February rolls around.

And being beholden to a calendar feels silly.

This year, I feel the weight of the calendar change more heavily than I usually do. The end of 2018 was hard. I lost a baby and a father and fought anxiety at levels I didn’t even think were real until I was falling apart. Work was hard. Everything felt out of my control, and most of the time it still does.

I suppose that’s because it is. I’m never really good at being in control, anyway.

The first time we got pregnant, it happened the week we wanted to start trying. We were newly married, living between Sydney and Atlanta. Things were easy that time, and we were so excited.

The second time, it happened the same way. We decided we were ready, and then the test was positive. It was positive for a week. And then it wasn’t positive. I went in to the doctor, because sometimes you just know, and it was confirmed – I wasn’t pregnant anymore.

I took Jude and went on an adventure. We stood at the top of a waterfall, we hiked, we strolled around little towns in North Georgia. We spend the night in Chattanooga, played at the children’s museum. I soaked in his giggles. I let him sleep with me and eat donuts in bed. There’s a picture I took of him at Tallulah Falls, in nothing but a yellow onesie, covered in mud. His smile is pure little boy mischief, and I took that photo as I was breaking inside. Embracing his unbridled joy. Knowing that I wouldn’t forget standing in a freezing creek, chasing his discarded sippy cup, snatching my phone off the ground quick enough to catch a reminder of His goodness in the midst of my own pain.

Those couple weeks didn’t even feel real. We hadn’t even had our confirmation appointment. My symptoms stopped. The physical loss took a day, and then it was over. I stayed home that Monday, and then I went to work. The following Thursday, I went to see my dying father. I went to his funeral a couple weeks after that. Then life kept happening, as it tends to do.

And you’re okay, because you’re supposed to be. You work, you cook, you change diapers. You heal however you can, because it’s a thing that just doesn’t get talked about and it’s hard to know how to grieve someone you never got to hold. There aren’t any rules.

At the end of the year, we retreated. We stayed home. We took time off. We went to New York and we went to the mountains. We spent time at “home” in Raleigh. Turns out that rest and family and taking time to breathe can do wonders for your soul.

Now, I am rested. I am better than I was a month ago, and that it my only resolution.

So in 2019, we will pray. We will build. We will work hard and rest hard and love our kids well. We will take a step back from the whirlwind and dig deeper roots. We will heal. And we will be ready for whatever comes next, because it will be another chapter in the really cool story we’re a part of.